The KTM is equipped with a first generation Rally Moto Kit by my friends at Motominded. Unlike the second generation (released just last December), which uses a factory KTM 450RR windscreen, the first generation used a custom fiberglass fairing.

Here you can see what it looked like on that first day I brought it home: 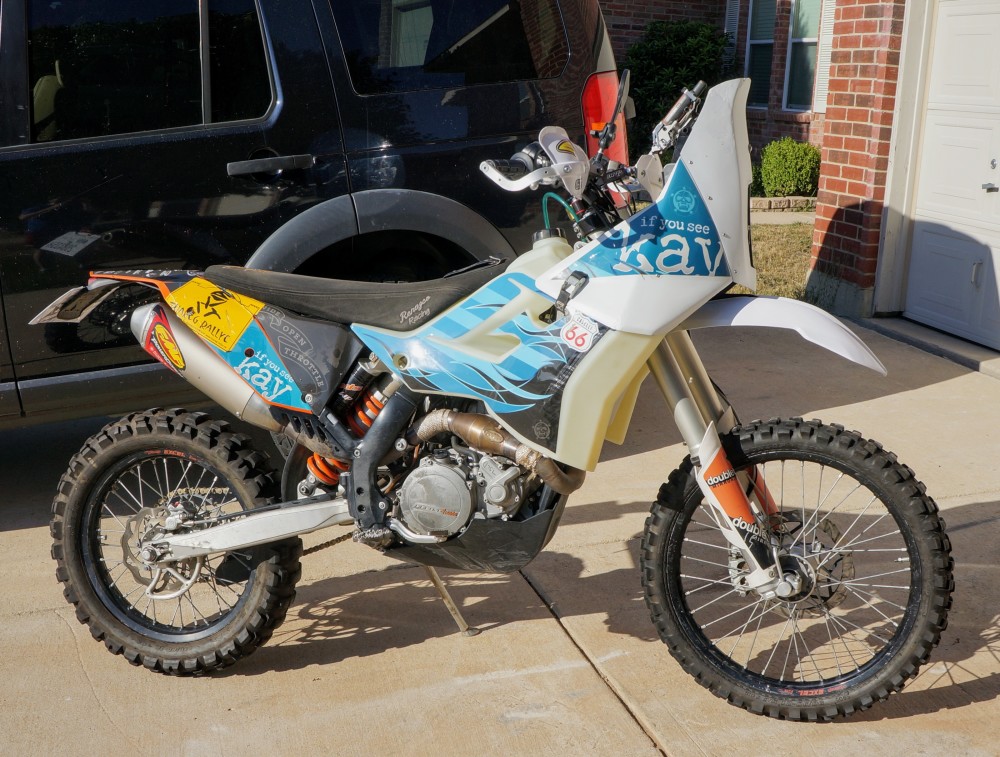 A few months later, I was riding the bike with a friend out in North Carolina when I had a slight mishap. While both the bike and I were largely unscathed, the fairing suffered a mortal blow and ripped into two pieces. 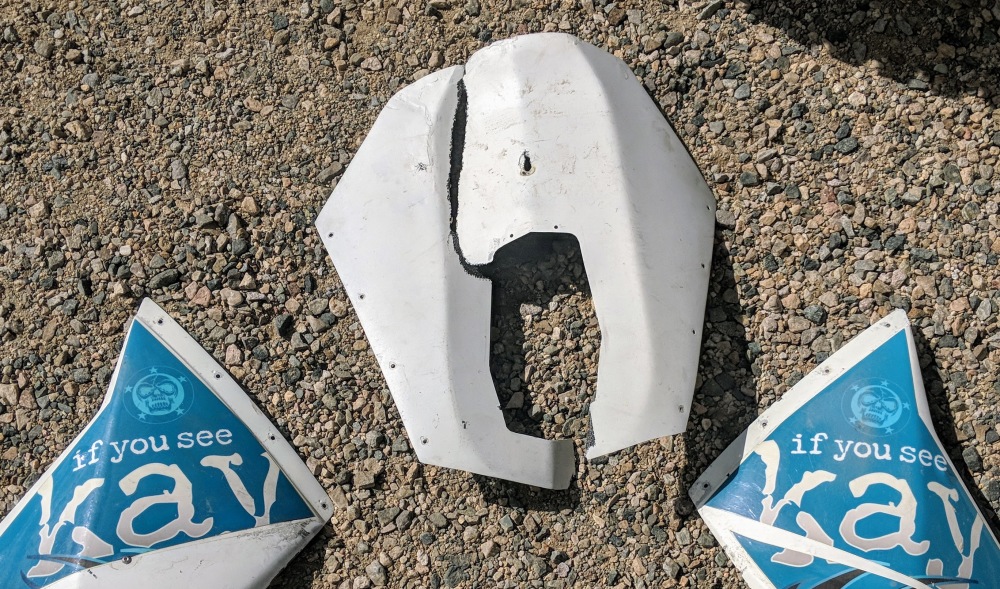 Only a handful of the first-generation Rally Moto Kits were made, and spare fiberglass was nigh impossible to find. Even the original molds were no longer serviceable, so no more could be made.

This is repairable if you are good with fiberglass. However, I'm not, so I've been riding the bike since 2014 with no fairing at all. The fairing did provide some useful wind protection, but the navigation tower still does a great job of holding my GPS and gives a place to mount the headlights. 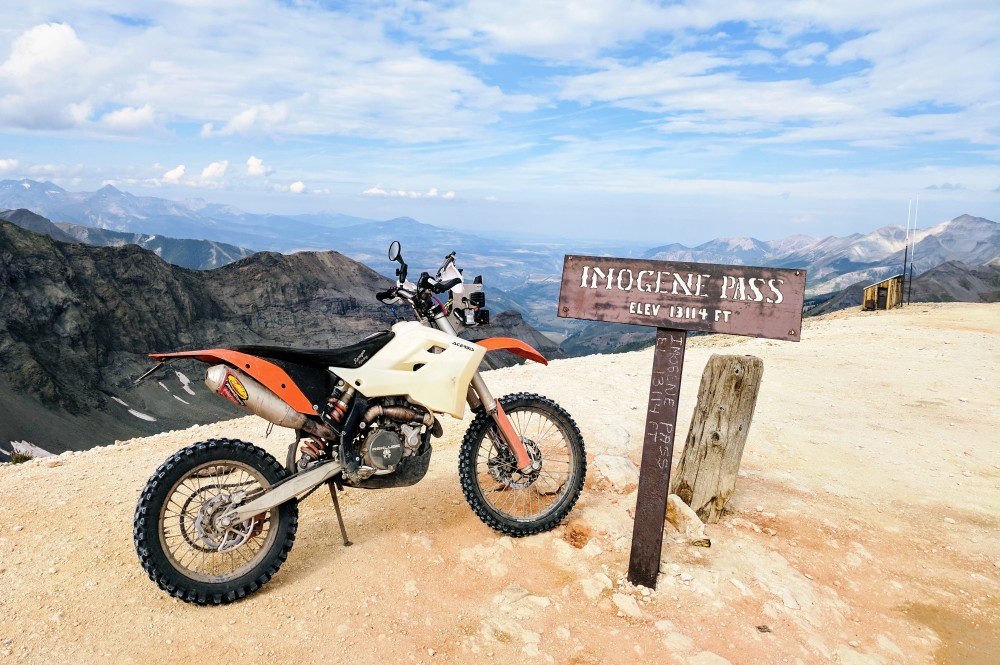 Recently—with Sandblast in mind—I inquired with Motominded if they thought that the KTM 450RR windscreen used in the second-generation could be somehow mounted to the first-generation Rally Moto Kit. The short answer was, unfortunately, "not easily", but they were able to refer me to a mutual friend who had a second set of fairings from the first-generation model.

He was willing to sell me his second set of fairings at a very reasonable price, and they arrived just recently. A talented previous owner had painted them with a Star Wars theme, which I think is awesome, and the paint job is holding up pretty well. 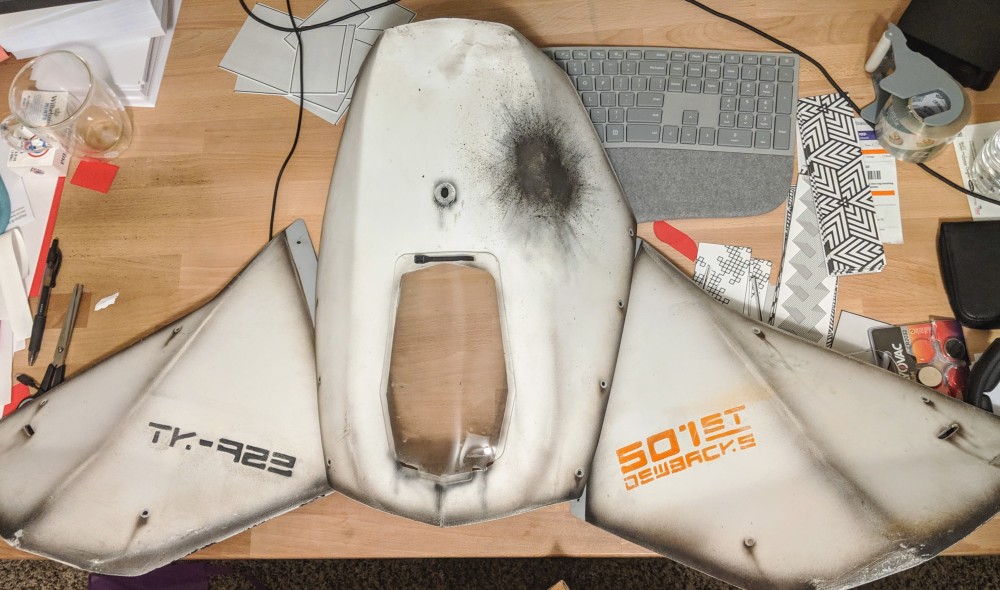 Since I brought the bike home to my garage last night, I couldn't resist a quick test-fit of the fairing. I was expecting to need some tweaks since these are older bikes and might be a little tweaked here and there themselves, but it fit easily without any need to "use the force" to make things line up. 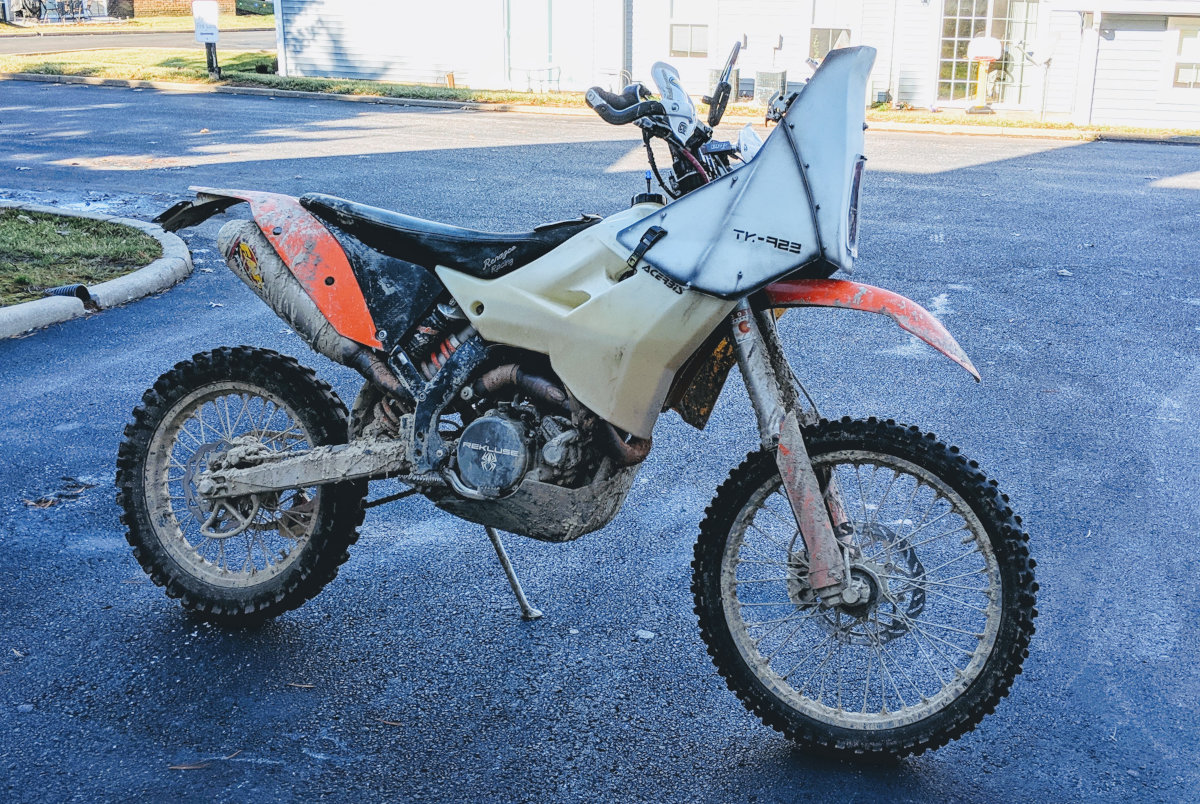 I'll need to find a few pieces of hardware finish mounting it properly, but it's starting to look like a real rally bike again!