Racers participating in the Sandblast Rally are required to have chest and back protection—this is common gear for motocross and enduro racers. However, as just a casual rider, I typically wear an armored jacket like one normally does for street riding. So I needed to find a hard-shell chest and back protector to wear for the race.

Neck protection is also a thing. Leatt are the best-known name in neck protection in the motorcycling world. The Leatt neck braces are probably better described as neck restraints, with a similar function to a HANS device in the auto racing world.

In conjunction with a full-face helmet, the Leatt neck brace helps limit extreme movement of the neck by dispersing forces to the shoulders and chest. While this doesn't prevent all neck injuries, it reduces the risk of severe neck injury during a crash. Leatt have been making a variety of CE-approved neck brace models for the past decade.

Neck restraints are not required by NASA RallySport (the sanctioning body behind Sandblast) for competitors in either cars or bikes, however I think it's a wise choice (and there's data to back that up). I was able to find a lightly-used Leatt Fusion 3.0---a chest and back protector with an integral Leatt neck brace—on the secondhand market for essentially half price, so I snapped it up. 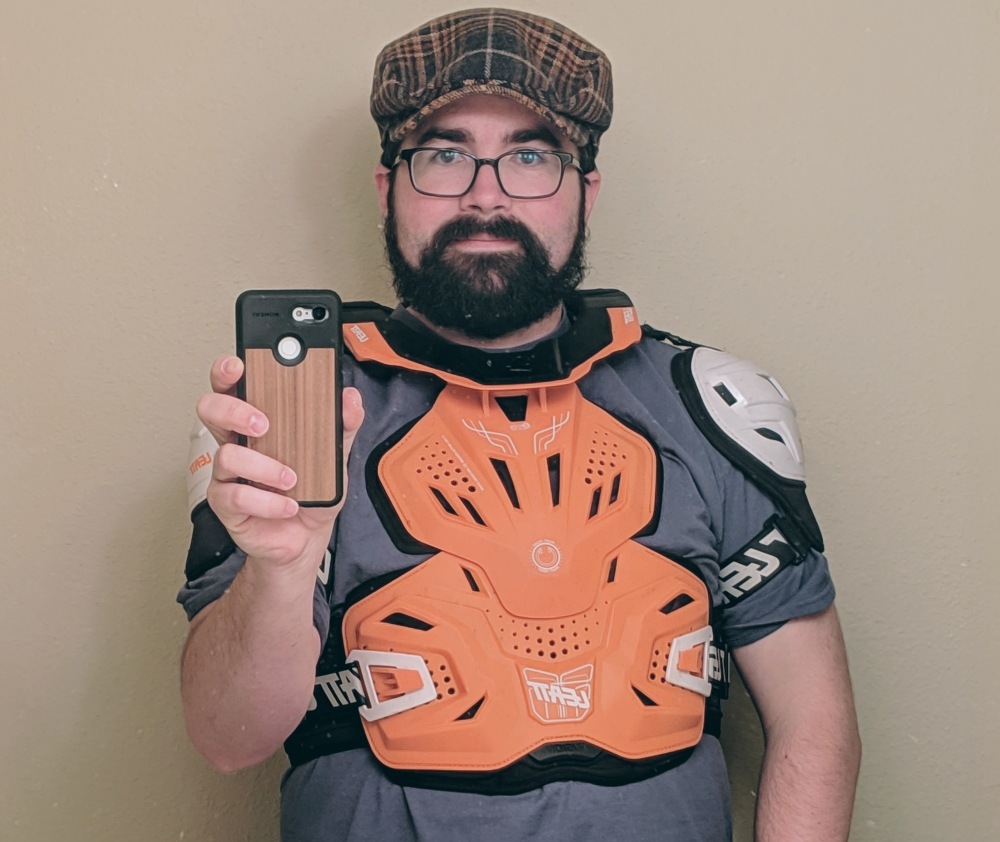 It arrived today, and it fits comfortably. This one has shoulder pads, which is a nice bonus. And yes, that's a bathroom mirror selfie—I'm classy like that.