After the incident bringing the bike home from the storage unit, it was clear that a new battery was needed. I ended up ordering a WPS Featherweight lithium battery while I was waiting around in the parking lot for roadside assistance to come and give me a jump. It arrived today! Hurray! 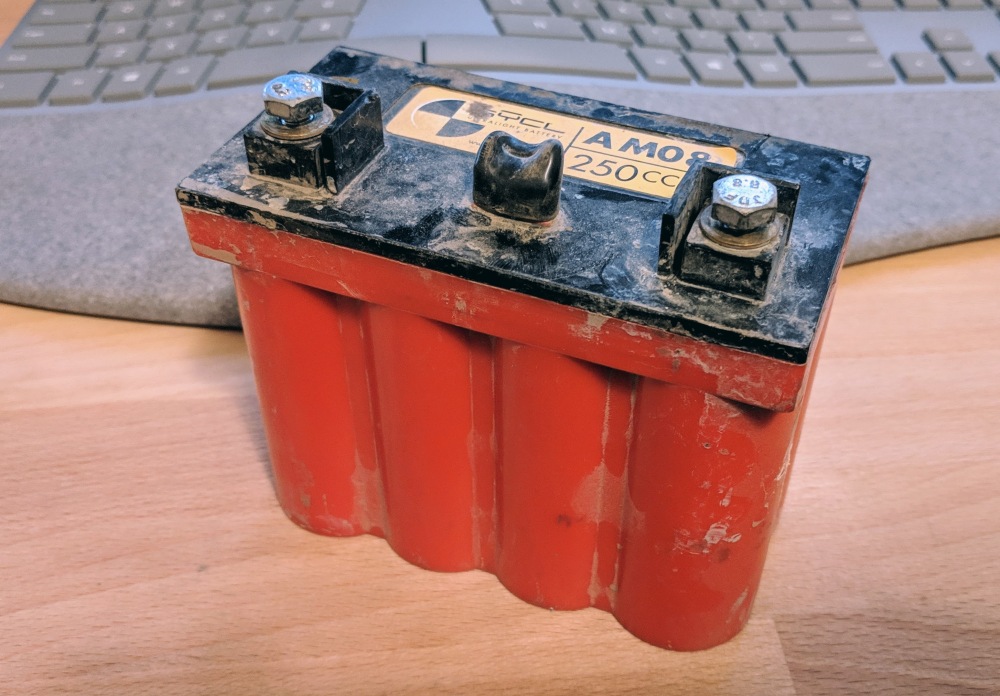 The current battery in the KTM is an old lithium battery by Sycl (no longer in business) that has been in the bike for at least five years. It might be salvageable but I feel like it's worth the relatively low cost to replace it, especially since

I really want the magic button to work reliably. 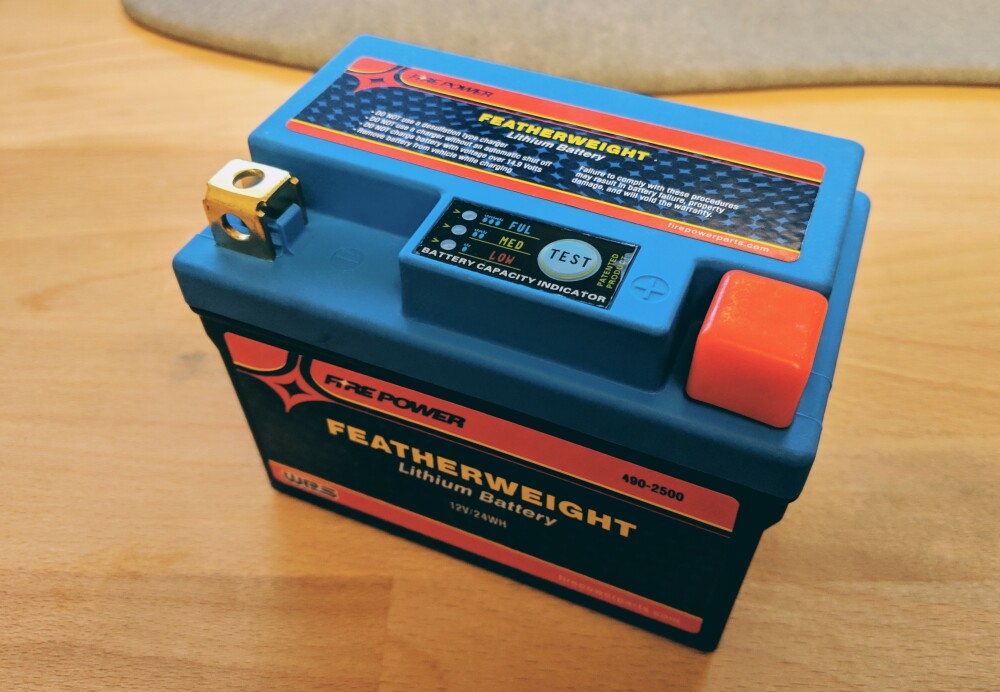 I chose the WPS battery because it was an affordable, lightweight, and of course won't spill when I dump the bike if the bike needs a nap. It has an integrated battery capacity indicator on top that gives you a low/medium/high indication by way of some LEDs at the press of a button. I know that it's more a gimmick than anything else, but it is cool. 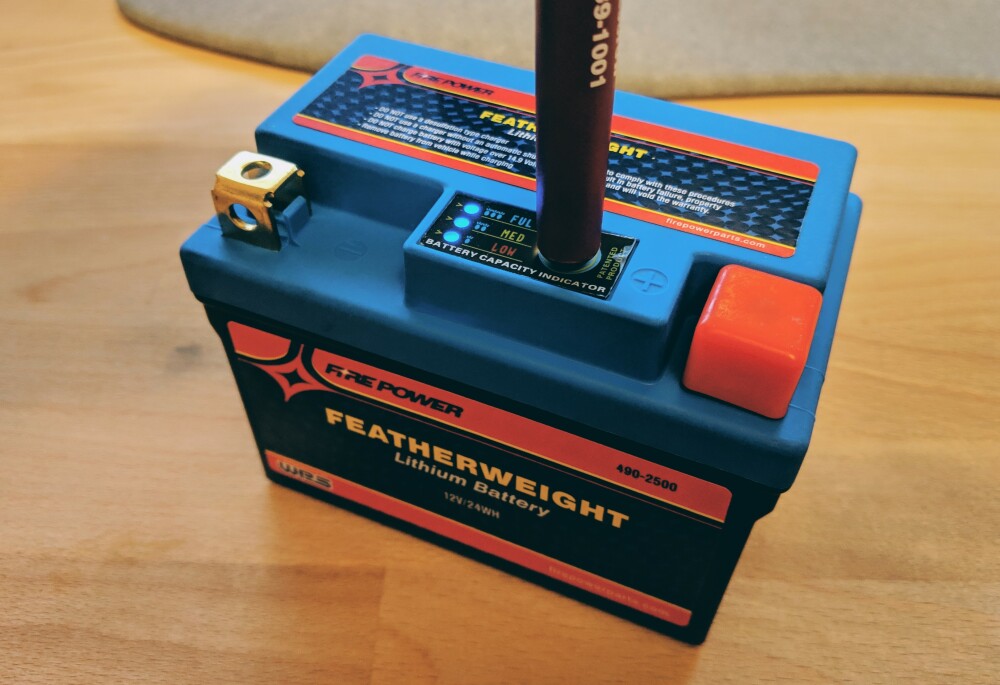 The new battery slipped right in and the cables attached to the terminals without any interference; there's good power to the lights and fan now. It's a bit late tonight to fire it up—the neighbors have little kids that I don't want to wake up—but I'll take it out for a spin (probably to the car wash) tomorrow. 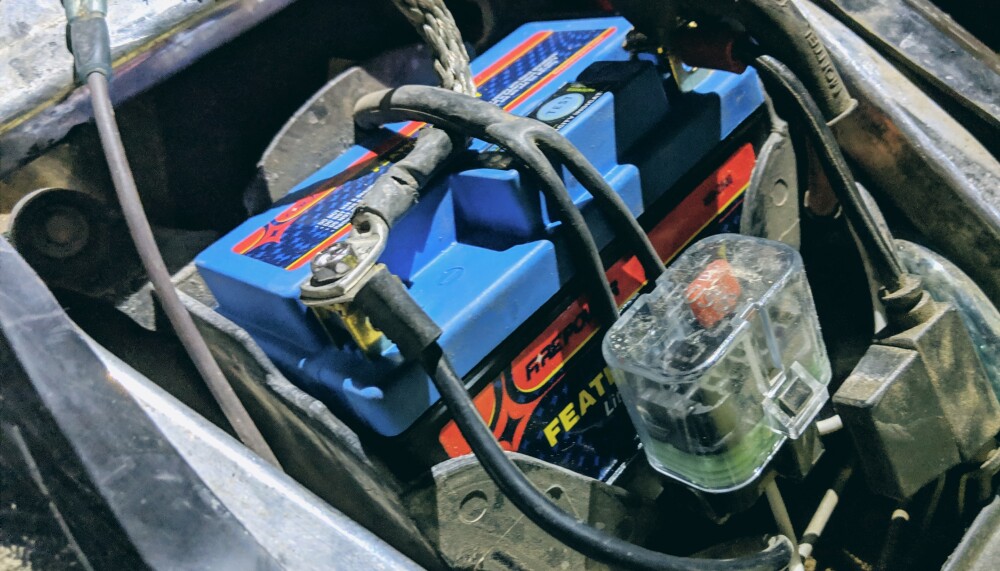